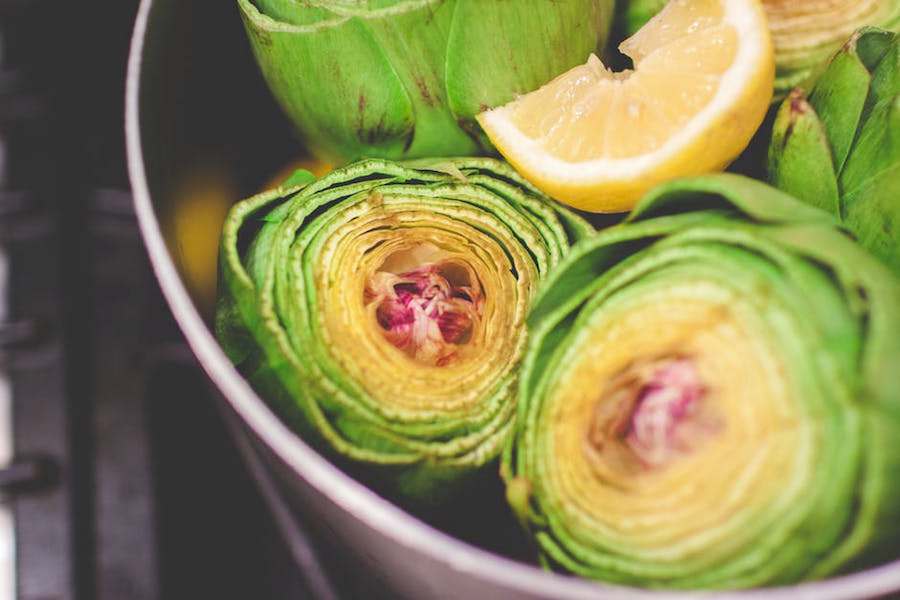 Posted at 10:00h in Body by Nathan Cranford
Share

The vegetarian bandwagon is crowded these days. Some people have jumped on board for religious reasons; others out of concern for the environment. Whatever the case may be, one does not need to subscribe to a political ideology or religious doctrine to embrace a vegetarian lifestyle. The health benefits attached to a plant-based diet are enough to trade a knife for a fork any day. There is no golden calf that binds vegetarians together. Generally speaking, a vegetarian is someone who does not consume meat. Some vegetarians swear off meat but are happy to consume dairy products and eggs (lacto-ovo vegetarians), whereas others boycott animal products altogether (vegans). There are sub-camps within these camps. Regardless, if you fall in or in-between these groups, congratulations! You are a card-carrying vegetarian.

Given the different shades of vegetarianism, a healthy diet should not be conflated with a vegetarian diet. A stash of Oreos, Roman noodles, and soda is stashed at the back of the vegetarian bandwagon. Junk in the trunk as the saying goes. Nevertheless, a plant-based diet low in saturated fat and high in nutrients is sure to keep the vegetarian bandwagon on a healthy track. Here are some of the fruits of a diet grounded in stems.

Why do vegetarians tend to live longer?

Are vegetarians really less at risk for food-related illnesses, including diabetes, heart disease, and certain cancers? These maladies are mismatch diseases, meaning they are a product of culture rather than biology. Approximately 70 percent of the diseases that plague humanity, including one-third of cancers, are food-related. The roots of food-related illnesses are not found on vegetable roots. According to the Environmental Protection Agency, over 90 percent of pesticide residue clothes meat and dairy products. Pesticides are known for having a damaging effect on the nervous system.

In a study consisting of 70,000 participants published in JAMA Internal Medicine, mortality rates among vegetarians were 12 percent less than non-vegetarians mortality rates. The results were transparent across vegetarian camps, including ovovegetarians and vegans. These findings held true in other studies. Researchers have found that Japanese people have the longest life expectancy than anyone else in the world. Okinawa, Japan is home to the greatest number of centenarians in the entire country. The standard Okinawa diet consists mostly of vegetables and tofu. It is often said that correlation does not equal causation; however, the relationship between vegetarianism and mortality rates is suggestive if not telling.

Studies and statistics are nice but why do vegetarians tend to live longer? As we recognized earlier, vegetarians avoid the noxious chemicals associated with food-related illnesses. In addition, too much animal fat clogs arteries, making it difficult for oxygen to circulate throughout the body. This is why people feel tired rather than energized after a large meat-based meal. Clogged arteries can lead to stroke, heart attack and sexual decline.

Vegetarians are less likely to be overweight

And it shouldn’t come as a surprise. The standard American diet consists of 40 percent meat, 50 percent processed food and 10 percent plant food. The remaining 10 percent is knifed in two pieces, consisting of 5 percent potatoes and 5 percent unrefined plant food. The amount of saturated fat in meat and processed food make these statistics a recipe for obesity. In a study conducted between 1988 and 1992 by Dean Ornish, MD, the researcher found that overweight people who started eating a plant-based diet lost an average of 24 pounds and kept it off.

An important vitamin that a vegetarian diet can lack is vitamin B12, which plays an important role in the formation of blood. B12 is manufactured by bacteria and mostly derived from meat and dairy products. Those who are thinking seriously about embracing a vegetarian lifestyle should seek an adequate supply of B12, either with supplements or fortified food.

A vegetarian diet has a host of misnomers attached to its name. Cutting through superficial labels and inflated stereotypes, at the heart of a plant-based diet is a healthy heart. And that is enough in and of itself to step on board the vegetarian bandwagon.

Nathan Cranford is an accomplished science and entertainment freelance writer. He graduated from the University of Oklahoma with a Bachelor of Arts in Philosophy and a minor in History of Science, Technology and Medicine. During his undergraduate career, he served as a columnist and copy-editor for the Oklahoma Daily and COEUS Magazine. Post-graduation, Nathan served as a health reporter for daily Rx News and currently serves as a science writer.