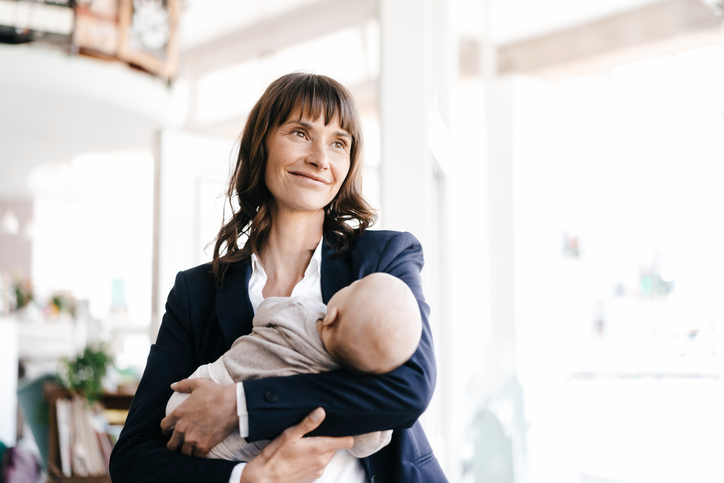 17 Jan What Can Working Parents Do To Feel Less Overwhelmed and More in Control?

If you’re a working parent, chances are excellent that at any given time, your to-do list looks like the one above — and that it stretches on, and on, and on — an endless, and eternally growing, list of deliverables. Is it any wonder that research shows that most working parents feel stressed, tired, and rushed? Or that when you look ahead, you feel more than a little overwhelmed?

As a responsible person and a hard worker, you know how to dig in and get things done. And since becoming a parent, you’ve tried various strategies to keep the ever-more-intense pace: moving paper to-do lists onto your iPhone, reorganizing your Outlook “Tasks” section, spending more and more time logged into work each evening, cleaning up the endless queue of unread emails, sleeping progressively less each night.

The problem isn’t in your organizational system or work ethic — it’s in how human brains are wired. It’s normal to feel overwhelmed, with so much to do and so many demands on you.

Yet you’re still haunted by the nagging sense of not getting enough done, of falling down in some way, of giving things that really matter short shrift — and feeling as if the wheels may come off the bus very, very soon. The problem isn’t in your organizational system or work ethic — it’s in how human brains are wired. It’s normal to feel overwhelmed, with so much to do and so many demands on you. But here’s the good news: There are simple and effective techniques for taming the overwhelmedness — things any working parent can do, starting today, to feel more competent, calm, and in control and to start shrinking that task list permanently. Here are four of the most powerful.

Well-run organizations, and good managers within them, have a clear, compelling view of the future. They have a few strategic goals. They set revenue targets annually. They know what results will permit them to say “We succeeded.” With clarity on where they want to go, they have confidence in their decisions and take motivation from what lies ahead. As a working parent: Do you?

Most of us working parents are focused on simply getting through the day, which — let’s be real — is daunting. Yet that very determination to hunker down and conquer today’s task list makes working parenthood feel even more overwhelming and relentless. Your task list owns you, rather than the other way around. Over 18 years (or more) of working parenthood, constantly feeling “I have a million things to do today” will be pretty disempowering and exhausting.

By identifying the long-term, positive outcome of your working parenthood — by determining a specific picture of future success — you can begin to flip that equation. Knowing that your goal is to “serve as a vice president of this organization, while raising my children to be healthy, financially independent adults” provides a sense of self-determination, confidence, and motivation. You made the decision. The goal is reachable, and you can focus on the tasks that accrue toward it. Even on the busiest or worst of days, you have a fixed point on the horizon you’re moving toward — and you’ll know it when you get there.

To be clear: There is no “working parent magic formula” — the definition of success is, and should be, different for everyone. “To lead this company as CEO, while partnering with my spouse to raise healthy, ethical kids” is just as valid as “to become financially successful enough to cover my kids’ full college tuitions — while never missing family dinners.” But by identifying a goal that is personal, positive, and future-framed and that covers what you want from your career and for your children, you move yourself away from feeling so frantic, and toward being in the psychological driver’s seat.

Working parents who have a clear view of what they’re working toward are more able to prune their calendars of commitments that don’t align and to spend time and energy on the things that matter and that provide real satisfaction. If your goal is “become a partner at this firm, be known as a leader in my local professional community, and raise my kids into well-adjusted adults who remain connected to their religious heritage,” then it’s important to go the extra mile at work, attend industry conferences in your city, and take your kids to Sunday school. But representing your firm at an international conference or attending every single football game isn’t, because they don’t align with your goal.

With your working-parent vision clear, try spending spend 10 minutes each Friday doing a “forward calendar audit”: Look over next week’s Outlook planner or to-do list, identify the items that don’t fit with your goals, and commit to delegating or saying no to 5% of them. By making this a habit, over the course of the year you will be able to win back a significant amount of your own time and increase your sense of satisfaction and control.

In the late 1920s, Russian psychologist Bluma Zeigarnik described what has since become known as the Zeigarnik Effect, which states that people remember, and fixate on, uncompleted or interrupted tasks significantly more than finished ones. It’s why hearing a few seconds of a song on the radio can leave you humming all day, trying to remember how the song ends, and why many TV shows end each episode inconclusively, so you’ll be left obsessing until you see how the plotline resolves.

Uncompleted tasks torture us: They take up all our mental space and create enormous emotional noise and tension; when we don’t have closure, we get anxious. And for any working parent, with all the open items we have both at home and at work, that’s a lot of anxiety. Your task list is necessary, but regardless of how and in what form you keep it, it won’t help relieve this stress. If anything, it fuels it.

The effective short-circuit is to keep a brief, informal list of completed (rather than undone) items, from both work and home. Write down this year’s finished projects, problems solved, your wins — whatever “win” means for you. Beat our quarterly numbers. Found Sasha a science tutor. Brought in the pharma account. Made it to Diego’s baseball game last week. Then look over this list and remind yourself of how much you’ve done — how much you’ve produced and accomplished, in both spheres. Make a habit of looking at the list, push out some of that constant “to-do” noise with “already done” confidence, and you’ll find yourself calmer and happier.

As a working parent, your to-do treadmill will never slow or stop, but you can choose to step off of it, briefly. Sometime in the next two days, set aside 20 minutes in which you turn off all devices, set aside your task list, and do nothing “productive” at all. Your job is simply to spend time in an activity you enjoy with your family. It could be eating dinner together, dancing the Hokey-Pokey with your toddler, or going on a jog with your teenage son. You’re a high-powered person in a high-powered career, but for these 20 minutes, the power is out.

Even in such a short window of time, you’ll find that your stress will decrease, and your feeling of “having done something positive for my myself and my family” will go up. And even more important, during a crazy day, you’ll regain a sense of agency: You’ve taken an affirmative decision to do this, and made it happen on your own terms.

There’s a reason so many major religions embrace the idea of a Sabbath, and why so many highly successful people make it a habit to take regular vacations: It works. Taking time to withdraw from the world and turn off from work centers us, making us more resilient and more productive. For working parents, finding meaningful flexibility and longer breaks can be hard. But even for the busiest of us, in the most demanding and time-pressed professions, 20 minutes off is doable.

Working parenthood is demanding. It requires one person to do two challenging jobs well, and in an always-on world. As in any “extreme” job, some degree of fatigue, stress, and self-doubt — of general overwhelmedness — is inevitable. But the more you can set your own course, make affirmative decisions aligned to it, have confidence in your performance, and enjoy yourself along the way, the better off you, your career, and your family will be — this year and in the ones to follow.