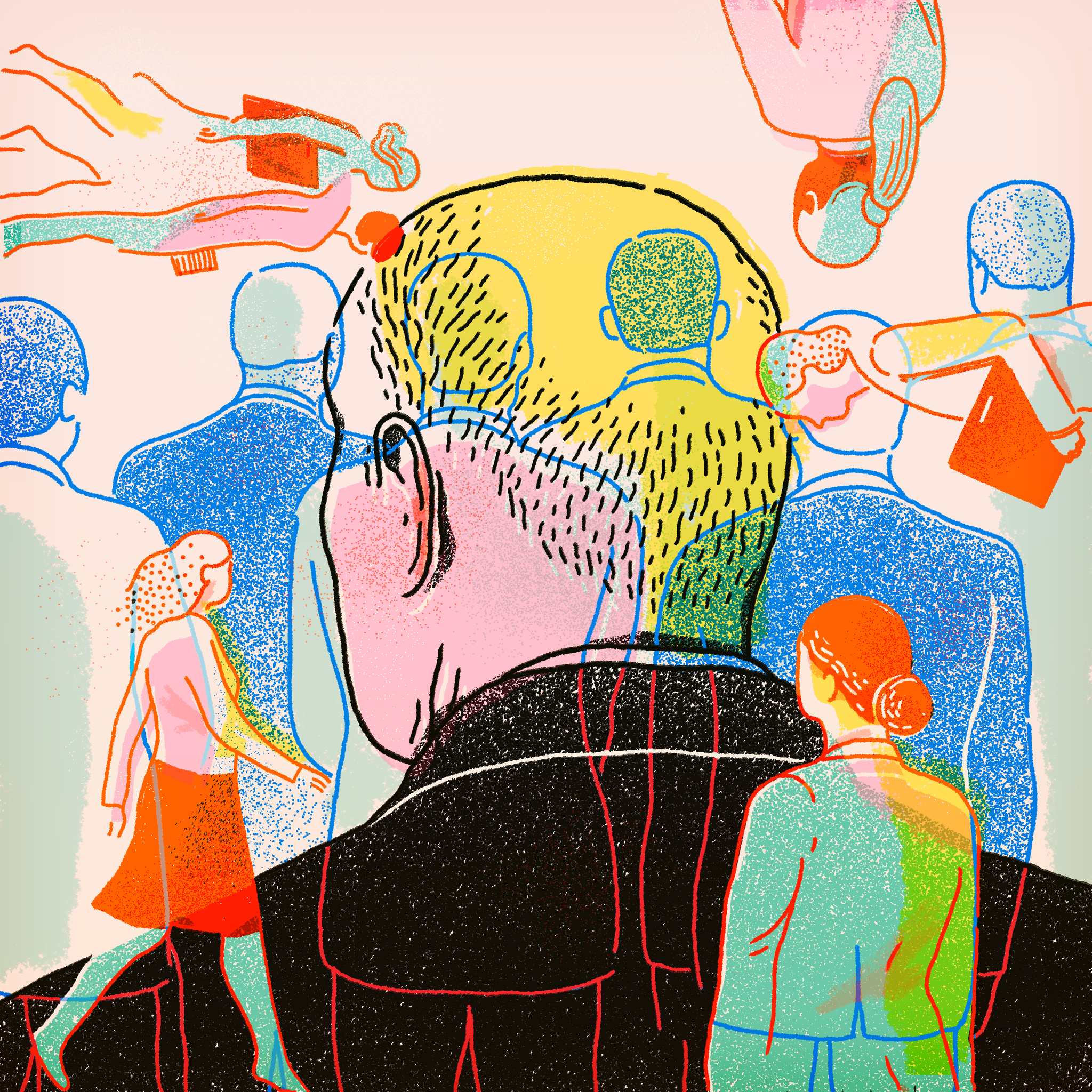 Servant leaders are a revolutionary bunch—they take the traditional power leadership model and turn it completely upside down. This new hierarchy puts the people—or employees, in a business context—at the very top and the leader at the bottom, charged with serving the employees above them. And that’s just the way servant leaders like it. That’s because these leaders possess a serve-first mindset, and they are focused on empowering and uplifting those who work for them. They are serving instead of commanding, showing humility instead of brandishing authority, and always looking to enhance the development of their staff members in ways that unlock potential, creativity, and sense of purpose. The end result? “Performance goes through the roof,” says Art Barter, founder and CEO of the Servant Leadership Institute and CEO of Datron World Communications, Inc. “Magic happens,” agrees Pat Falotico, a former executive leader at IBM who is now CEO of the Robert K. Greenleaf Center for Servant Leadership.

Experts often describe the majority of traditional business leaders as managers who mainly function as overseers of a transaction: employees maintain desired performance levels, and in exchange, they receive salary and benefits. Generally, these managers are positional leaders—they derive authority simply from the fact that they are the boss. The servant leader moves beyond the transactional aspects of management, and instead actively seeks to develop and align an employee’s sense of purpose with the company mission. The fruits of these labors are bountiful, servant leadership advocates say. Empowered staff will perform at a high, innovative level. Employees feel more engaged and purpose-driven, which in turn increases the organization’s retention and lowers turnover costs. Well-trained and trusted staffers continue to develop as future leaders, thus helping to ensure the long-term viability of the organization. To reap these fruits, several things need to happen, experts say. Servant leadership ultimately starts with an unselfish mindset. “If you have selfish motivations, then you are not going to be a good servant leader. It has to be less about you,” Falotico says. Moreover, the organization at large needs to sustain a workplace culture in which this type of leadership can thrive. Finally, there are behaviors that the servant leaders themselves must practice on a regular basis. “As leaders, we can say anything we want, but we’re going to be judged on our behavior,” Barter says. And for the servant leader, behavior isn’t just what gets done, but how it gets done.

Servant leadership can be considered something of a universal concept, because it has roots in both Eastern and Western cultures, researchers say. In the East, leadership scholars point to Chinese philosophers in 5th century BC such as Laozi, who asserted that when the best leaders finished their work, their people would say, “we did it ourselves.” In modern-day leadership circles, the concept gained much currency with Robert Greenleaf’s 1971 essay, The Servant as Leader. Greenleaf, who passed away in 1990, went on to found the Atlanta-based Greenleaf Center for Servant Leadership. Falotico now leads the center, after spending 31 years at IBM. In practice, Southwest Airlines, under the guidance of founder Herb Kelleher, is frequently cited as the model servant leadership corporation. Kelleher’s philosophy of putting employees first resulted in a highly engaged, low-turnover workforce and 35-plus consecutive years of profitability, an unheard-of record in the turbulent airline industry.

Barter, who now leads the California-based Servant Leadership Institute, came to the concept by a circuitous path—working for companies that did not follow its practices. “I spent 20 to 25 years working at public companies that believed in the power model—it was all about what you could do for me in this quarter,” he says. He then became acquainted with the work of management expert and servant leader advocate Ken Blanchard. In 2004, when Barter became the CEO of Datron, a tactical communications equipment supplier, he was determined to head the firm as a servant leader. The results were dramatic. The company’s revenue grew from $10 million to $200 million in six years.

Experts offer a range of best practice suggestions for top executives who aspire to become successful servant leaders. Most experts agree, however, on one bedrock principle: successful servant leadership starts with a leader’s desire to serve his or her staff, which in turn serves and benefits the organization at large. This serve-first mindset can be put into practice from the beginning, during an employee’s onboarding phase, says Michael Timmes, a leadership expert and consultant and coach with the national human resources provider Insperity. During onboarding, after the initial introductions, getting-acquainted conversations, and explanations about how operations work, the servant leader should solicit the new hire’s observations, impressions and opinions, Timmes says. This conveys the message, from the onset, that the employee’s thoughts are valued. And from that point, the servant leader keeps a continual focus on talent development. “They take folks early in their careers, and think of them as the leaders of the future,” Timmes explains. He approvingly cites one expert’s view that if a manager is not spending at least 25 percent of his or her time developing future leaders, then “you’re really not fulfilling your responsibilities as a leader.”

The servant leader can enhance this talent development process in several ways. For Barter, one of the keys is to leverage the employees’ strengths. Often, an employee’s highest performance is on tasks they are most passionate about, yet some managers never find this out. “We don’t take the time to ask them—’What do you really want to do? What really excites you?'” Barter says. Another way to enhance the talent development process is to selectively relinquish power, so that employees can lead certain projects and take ownership of initiatives. “Giving up power, and having others lead—that builds confidence in people,” Timmes says.

This can be tricky for some leaders because they equate leadership with control and they feel they should be responsible for everything. But therein lies a paradox—leaders that are able to let go often find that they are actually in more control, because they have harnessed the resources and talents of their staff, which collectively can guide operations more effectively than one person can, he explains. This is a crucial requirement for effective servant leadership, says Falotico. She tells leaders to “get over yourself” and realize that business objectives, whatever they are, will not be reached without sharing the load and responsibility. “You are no longer an individual performer—you are a leader,” she says. “Leaders are enablers. That’s your work.”

If serving staff is the bedrock principle of servant leadership, two core practices toward achieving that goal are close listening and searching questions. Darryl Spivey, a senior faculty member at the Center for Creative Leadership (CCL) who coaches executives on servant leadership, says that asking the right questions is the “secret sauce” of great coaching, and is crucial for servant leaders. CCL is a leadership development institute with offices around the world, including China, Ethiopia, India, Russia and several U.S. cities. Servant leaders build relationships with staff primarily by listening closely and by asking many questions—on anything from the employee’s background to detailed queries about their assessment of the firm’s business environment, Spivey explains. If an employee is struggling, leaders should ask questions about what might be impeding his or her progress. Even questions about smaller aspects of operations, such as the best use of time during meetings, are helpful. “The message this sends to the individual is that their opinion does matter, and that [leaders] want their feedback,” he says.

And the emphasis on questions works both ways. Employees should feel comfortable asking the servant leader questions without worrying that the leader will feel badgered, threatened or implicitly criticized, Spivey says. Such questions help drive the development and growth of the employee. Carefully asking questions is related to another crucial practice—listening to understand. This means listening to the employee silently and making an active effort to understand his or her point of view. Even if the leader feels the need to disagree or interject, they will wait until the person is finished speaking. If need be, the leader can briefly summarize what the employee has just expressed, as a way to communicate understanding. While this may strike some as merely common courtesy, listening to understand is becoming harder with the rise of technology and the decrease of attention spans, experts say. For example, a leader who keeps the iPhone on the desk, and glances at it repeatedly during conversations, is not listening to understand.

Servant leaders can do more than listen to staff: they can encourage them. Indeed, in many ways encouragement is the hallmark expression of a servant leader, and it is a tremendously powerful tool, experts say. Whatever the type of interaction with staff, servant leaders are consistent in showing encouragement and humility with an egalitarian attitude. “They don’t think of themselves as any better than anybody else,” Timmes says. In practice, this means that when employees make mistakes, the leader isn’t treating them as children who need to be scolded. “Some say, ‘aren’t you going to sit down and discipline them?’ But that’s not really a good leadership approach,” he explains. Instead, the servant leader engages in respectful conversation which demonstrates trust in the employee to make the needed adjustments. Trust is both a defining characteristic and defining outcome of servant leadership, says Stephen M.R. Covey, former CEO of the Covey Leadership Center and author of The Speed of Trust.

To Covey, it’s important to remember that servant leaders are both servants and leaders. “You do serve, but it still requires the other dimensions of leadership—character and competence,” he says. Competence means that the leader has a track record of high ability and achieving results, with skills that are relevant. Character means that results and accomplishments are achieved with integrity and ethics.