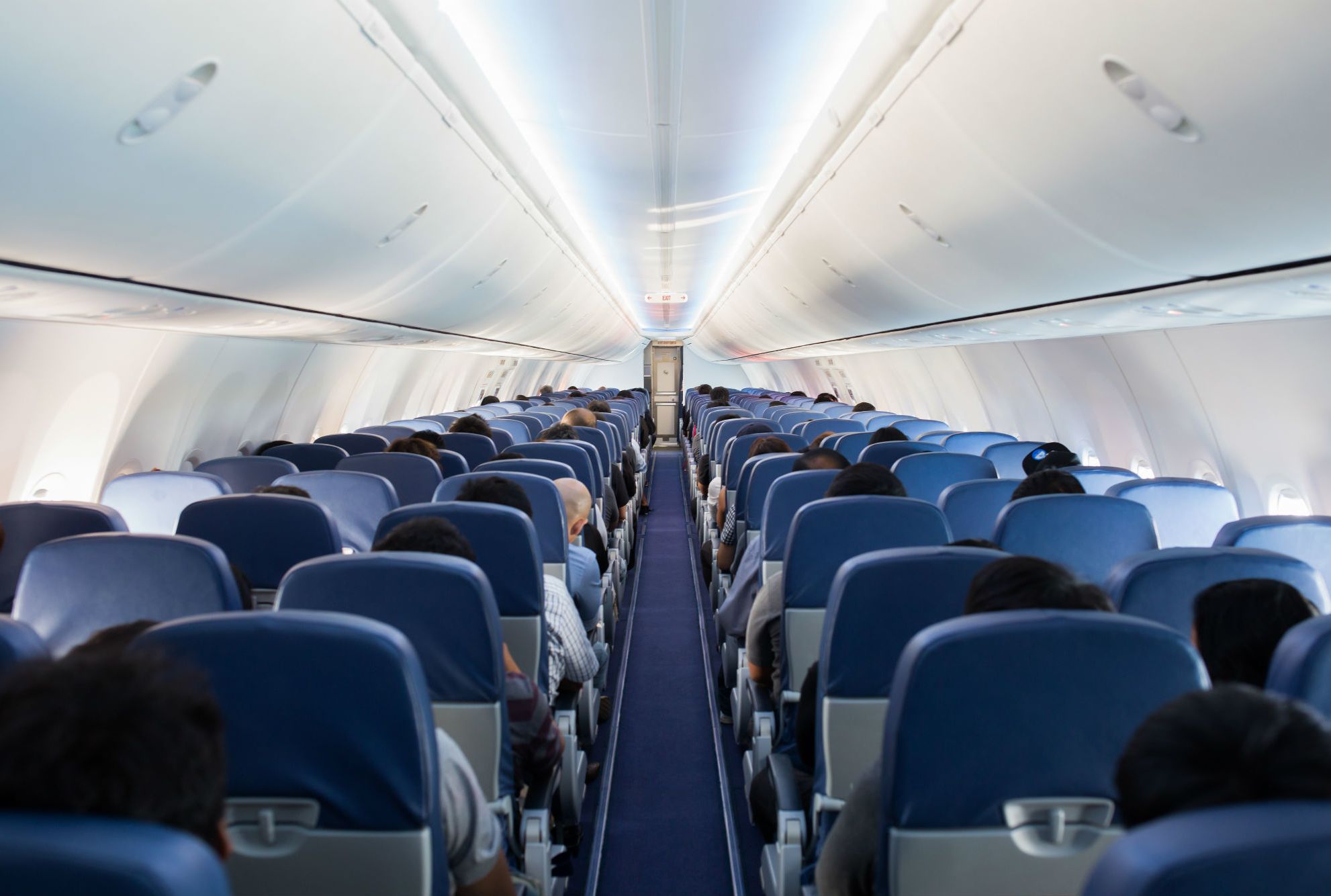 16 Apr Should You Worry About Air Quality on a Plane?

Millions of travelers are understandably concerned about flying in the midst of the COVID-19 outbreak. One of the paramount issues is determining if the air on planes hastens the spread of infection. The Centers for Disease Control is blunt about flying during the age of the coronavirus. “Travel increases your chances of getting and spreading COVID-19,” says a page for travelers on the CDC’s website. Additionally, the Association of Flight Attendants reports hundreds of cabin crew have tested positive for the virus, and at least seven have died. But apprehensions about aircraft cabin air long predate the current pandemic crisis. Before COVID-19, the AFA was vocal about cabin air, as highlighted on its online Air Quality page, which details multiple concerns about shortages of oxygen and outside air, contaminated air supplies, and high concentrations of pesticides. In recent years these worries even spurred Congress to include further studies of contaminated air in the Federal Aviation Administration Reauthorization Act of 2018. Here’s a breakdown of how cabin air may affect airline passengers during this pandemic.

Airlines are publicly assuring passengers that aircraft air filtration systems are state of the art. JetBlue even released a video about it. Airlines for America, the domestic industry’s primary lobbying group that represents major carriers like Delta, American, United, and Southwest, states: “Onboard, all A4A carriers have aircraft equipped with HEPA (high-efficiency particulate air) filtration systems and all members comply with or exceed CDC guidance.” However, not all airplanes in U.S. fleets are HEPA-equipped. (Some of American Airlines’ regional aircraft, for instance, do not have the filters.) Such confidence is echoed by the industry’s global trade organization, the International Air Transport Association. “The risk of catching an infection on an aircraft is typically lower than in a shopping center or office environment,” IATA says. And the International Civil Aviation Organization, chartered by the United Nations, asserts “the current likelihood of contracting the virus while on flights is extremely low.” The good news is that airlines calculate that their HEPA filters remove 99.7 percent of airborne particles (like ones used by United Airlines) to 99.999 percent (such as those in use on Delta Air Lines planes). Most aircraft cabin air is “carefully controlled” and completely changed 20 to 30 times per hour with recirculation systems that blend some fresh air with up to 50 percent recycled of cabin air that pass through HEPA filters on “most modern aircraft,” according to the World Health Organization.

But some experts are expressing more doubt about the ability to completely scrub the air for zero chance of spreading the virus. “Most viruses and other germs do not spread easily on flights because of how air circulates and is filtered on airplanes,” says the CDC’s Considerations for Travelers page. “However, social distancing is difficult on crowded flights, and you may have to sit near others (within six feet), sometimes for hours. This may increase your risk for exposure to the virus that causes COVID-19.” WHO makes a similar note. “Transmission of infection may occur between passengers who are seated in the same area of an aircraft, usually as a result of the infected individual coughing or sneezing or by touch,” the organization warns. Cabin crew members agree with this assessment. “It’s naive to think an airline can protect passengers 100 percent because you’re in an enclosed space for however long the flight is,” Heather Poole, a flight attendant and author of Cruising Altitude, says.

Another veteran flight attendant and labor representative who requested anonymity adds, “No, I don’t think air filtration in our aircraft will be enough to prevent exposure to the coronavirus.” She notes that close contact between those onboard—while boarding, in the aisles, and near the lavatories—allows exposure to the air people exhale before it reaches the filters. So if someone sneezes eight rows away, should you be worried? “Yes,” says Gary Peterson, International Vice President of the Air Division for the Transport Workers Union, which represents mechanics, flight attendants, dispatchers, and other airline employees. “The particles have to get into the system to be filtered. There’s no doubt the systems today are far superior than in the past. But the first step to cabin safety is stopping the person who is [COVID-19] positive from getting onboard.” Experts say two other components are critical for breathing cleaner air in the skies: proper aircraft cleansing, particularly of surfaces near ventilation systems, and access to personal protective equipment, especially face masks. Aside from germs and viruses, there are other factors that can affect how safe the air in a plane cabin is.

Most people have never heard the term “fume events,” but the aviation community has been studying these phenomena for years. In 2015, the International Civil Aviation Organization, chartered by the United Nations, issued guidelines for the industry. ICAO stated: “There are various types of fumes, smoke, haze, and mist that may contaminate the cabin and flight deck air supply system. The outside air may be contaminated with engine oil, hydraulic fluid, engine exhaust, ground service vehicle exhaust, fuel, de-icing fluid, or ozone.” ICAO added that recirculation fans, electrical systems, and other systems are “potential source[s] of contaminated air.” Domestically, regulations require fume events be reported to the Federal Aviation Administration, but only in the case of “a mechanical discrepancy” in-flight—and the data is spotty. What should you be concerned about? The International Air Transport Association cites a long list of symptoms, including chest tightness; difficulty with speech; dizziness; difficulty balancing; difficulty concentrating; and others. If you’re worried, seek medical attention and consider filing a complaint with the U.S. Department of Transportation.

The threat of diseases transmitted by insects, such as malaria, Zika, and yellow fever, has made spraying airplane interiors with insecticides common overseas. In some countries including Ecuador, India, Panama, and Trinidad and Tobago, the preferred method is to spray while passengers are onboard to ensure travelers and their clothing are not carriers. The DOT also lists countries (including France, Italy, and the U.K.) that require disinfection on selected flights only, as well as countries (including Australia and New Zealand) that spray or treat the cabin while passengers aren’t onboard. In such cases, it’s important to avoid skin contact with surfaces still wet with pesticides. The World Health Organization states it has “found no evidence” such insecticides are harmful to human health. But it cautions: “Some have reported feeling unwell after spraying,” and the CDC says there are “research gaps” and suggests more research and testing is needed. The Association of Flight Attendants-CWA has called the spraying method a “bad idea” due to adverse health effects; and last year, the Association of Professional Flight Attendants received more than 200 reports of flight attendant illnesses—including respiratory problems, sore throats, and headaches—and the union believes these reactions were due to pesticide toxins. If you have concerns about spraying, check with the airline before booking, as they do not inform passengers prior to ticket purchase.