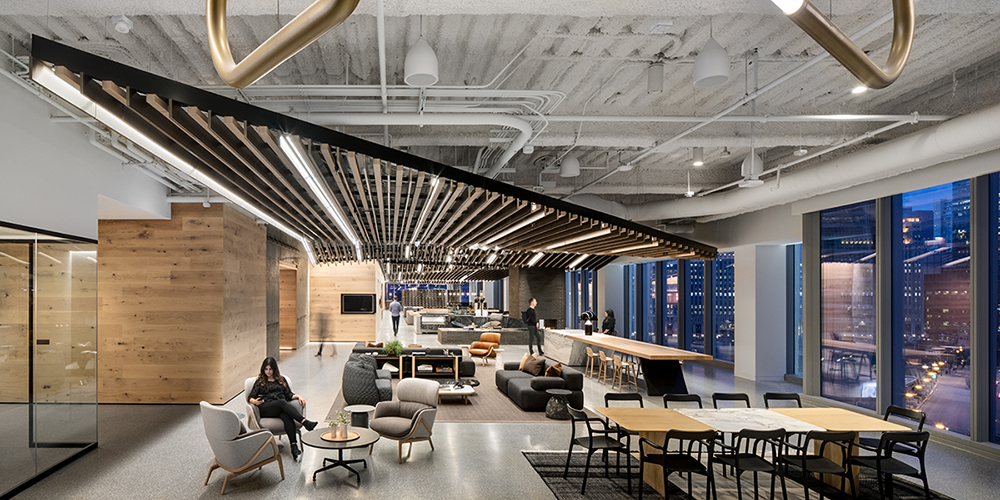 Research on the composition and dynamics of the workplace have consistently shown that team members’ location has a big impact on both their physical and their digital interactions. In general, the farther apart people are, the less they communicate. in fact, the probability that any two people on a corporate campus will interact physically or digitally has shown to be directly proportional to the distance between their desks. More broadly, one of the most robust findings in sociology—proposed long before we had the technology to prove it through data—is that propinquity, or proximity, predicts social interaction.

And remote work, while undeniably cost-effective, tends to significantly inhibit collaboration even over digital channels. While studying a major technology company from 2008 to 2012, we found that remote workers communicated nearly 80% less about their assignments than colocated team members did; in 17% of projects, they didn’t communicate at all. The obvious implication: If team members need to interact to achieve project milestones on time, you don’t want them working remotely.

Nourishing an Anatomy of Collaboration

Some people seem to believe that a better blueprint could solve the collaboration conundrum. Architects, property managers, and manufacturers of office systems reinforce that view by using data from employee surveys and prior space utilization to identify individual needs and building “flexible,” “agile,” “activity based” spaces to allow workers to craft their own spaces to suit them. But collaboration is a team sport. Offices that are overly focused on supporting individual preferences are unlikely to do an optimal job of supporting the overall team or the collection of teams that need to work together. So hybrid open-office designs are not a panacea. If you are going to let people choose the spaces that best meet their individual needs, your workers might as well be remote.

Leaders need to make a call about what collective behaviors should be encouraged or discouraged and how. Their means should include not just the design of workspace configurations and technologies but the design of tasks, roles, and culture as well.

If keeping real estate costs in check is the priority, leaders should be honest about that with themselves and their employees. Most office redesigns aren’t undertaken to promote collaboration. They start with objectives like the one described by the head of real estate at a Fortune 50 company: “The leadership team has just given me a mandate to restack our headquarters to fit another 1,000 employees in here.” Tremendous progress has been made designing offices that can accommodate more people in a given space. That’s not necessarily a bad thing: Companies often reinvest the resulting savings in important ways.