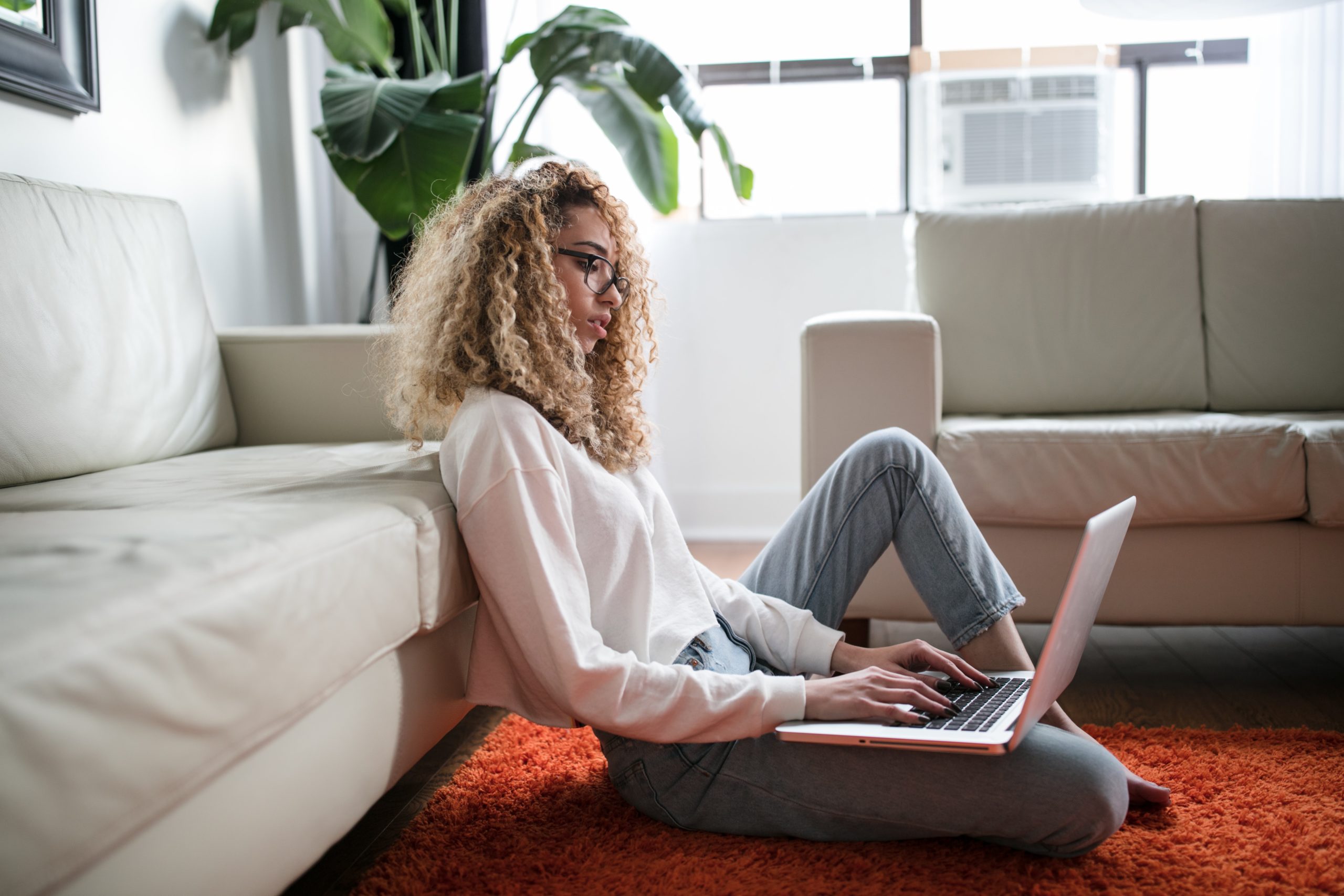 12 Apr How to Protect Your Job in a Recession

In a troubled economy, job eliminations and hiring freezes seem almost routine, but when your own company’s woes start to make headlines, it all hits home. Intellectually, you understand that downsizing isn’t personal; it’s just a law of commerce, but your heart sinks at the prospect of losing your position. While you know that passivity is a mistake, it’s hard to be proactive when your boss’s door is always closed, new projects are put on hold, and your direct reports look to you for reassurance. Don’t panic. Even though layoff decisions may be beyond your control, there’s plenty you can do.

Preparing for the Worst: You May Still Need a Plan B

That’s what we’ve observed in numerous layoffs over the years and in research on how people respond to stressful work conditions. (Author Janet Banks oversaw a dozen downsizings as a vice president in human resources at Chase Manhattan Bank and a managing director at FleetBoston Financial. Author Diane Coutu studied resilience during her time as an affiliate scholar at the Boston Psychoanalytic Society and Institute.) We’ve seen that while luck plays an important role, survival is most often the result of staring reality in the face and making concrete plans to shape the future. Machiavellian as it may seem, holding on to your job when the economy softens is a matter of cool strategic planning. In our experience, however, even the savviest executives are ill-prepared to deal with job threats. Here’s what you can do to keep your career moving and minimize the chances that you’ll become a casualty.

A popular partner in the Brussels office of McKinsey & Company mentored hosts of junior consultants. When asked for advice on getting ahead, he always gave the same reply: “If you want to be a partner, start acting like one.” The corollary of this advice is even more important: During a recession, you have to start acting like a survivor if you hope to escape the ax. Studying the thinking of survivors reveals a surprising paradox. Though creating a plan to weather layoffs requires an almost pessimistic realism, the best thing you can do in a recession is lighten up. Keep your eye firmly on the eight ball, but act confident and cheerful. Research shows that being fun to be around really matters. Work by Tiziana Casciaro and Miguel Sousa Lobo, published in a June 2005 HBR article, “Competent Jerks, Lovable Fools, and the Formation of Social Networks,” shows that while everyone prefers working with a personable superstar to an incompetent jerk, when people need help getting a job done, they’ll choose a congenial colleague over one who is more capable but less lovable. We’re not suggesting that you morph into Jerry Seinfeld; being congenial and fun isn’t about bringing down the house. Just don’t be the guy who’s always in a bad mood, reminding colleagues how vulnerable everyone is. Who wants to be in the trenches with him? Of course, putting on a good face can be psychologically exhausting when rumors of downsizing spread. Change always stirs up fears of the unknown. Will you land another job? How will you pay the mortgage? Can you find affordable health insurance? Those are all valid concerns, but if you stay positive, you’ll have more influence on how things play out.

Survivors are also forward-looking. Studies of concentration camp victims show that people made it through by imagining a future for themselves. The power of focusing on the times ahead is evident even among people suffering from the blows of everyday life. As Freud wrote in “Mourning and Melancholia,” a critical difference between ordinary grief and acute depression is that mourners can successfully anticipate a life where there will once again be joy and meaning.

In your job, there’s no better way to look forward than to stay focused on customers, for without them no one will have a job in the future. Anticipating the needs of your customers, both external and internal, should be your top priority. Prove your value to the firm by showing your relevance to the work at hand, which may have shifted since the economy softened. Your job is less likely to be eliminated if customers find that your contribution is indispensable.

Being ambidextrous will increase your chances of survival as well. In one company we know of, senior staff members were often expected to play more than one role to keep expenses in check. When the organization’s new chief operating officer decided he needed a chief of staff, he chose a person who continued to manage a human resources team, thereby eliminating the need for additional headcount. Reorganizations and consolidations involve great change, so they demand versatile executives. If you’re not already wearing multiple hats, start imagining how you can support your company by leveraging experience your boss may know nothing about. A marketing manager who taught school before moving into the industry might volunteer to take on sales and service training responsibilities, for example. A recession can offer you plenty of opportunities to display your capabilities. Layoffs typically occur at all levels of an organization and can create vacuums above and below you.

Finally, survivors are willing to swallow a little pride. Take the case of Anne, a manager at a large New England insurance company. (We’ve changed her name, as well as those of the other individuals cited in this article.) During a reorganization, Anne found herself vying for a position with a colleague who had far less industry experience than she did. When she learned that she and her department would be folded under this colleague’s department, Anne realized that she had one choice if she wanted to keep her job—use her significant influence to support her new manager. So she publicly threw herself behind the colleague. In turn, he gave her the respect and the loyalty she felt she deserved. Anne’s attitude demonstrated commitment to the company—something that was noticed by the management. A year later Anne got new responsibilities that led to a prestigious board appointment.

Give Your Leaders Hope

It’s important to recognize that times of uncertainty are also tough for leaders. They don’t enjoy having to lay off their people; most find that task agonizing. It can be stressful and time-consuming for them to sort through the various change mandates they’ve been given and then decide what to do. Obviously, this isn’t the time to push for a promotion or to argue for a new job title. Instead, try to help the leader defend your department. If the boss is working on a restructuring plan and asks for ideas, offer some realistic solutions. Don’t fight change; energize your colleagues around it.

It may sound like what Karl Marx called false consciousness—thinking that disempowers you because it is not in your best interest—to empathize with your boss when he or she is considering cutting your job. However, there’s science to support the idea that showing empathy for people more powerful than you can be worthwhile. For example, recent mother-infant research shows that the more an infant smiles and interacts with the environment, the more active the caretaker becomes in the infant’s development and survival. Although the mother-infant research has not, to our knowledge, been replicated in the workplace, psychologists have shown that so-called attachment behavior—emotional bonding—can be learned, just as emotional intelligence skills can be honed. That’s good news. The better your relationship with your manager, the less likely you are to be cut, all things being equal. Your ability to empathize can demonstrate a maturity that is invaluable to the company, not least because it models good behavior for others. There’s scientific evidence to support the idea that showing empathy for powerful people can pay off.

The ability to unite and inspire colleagues goes a long way in the best of times; in the worst it’s crucial. This was true at an international financial services company that had endured a staff reduction of 20%. In the face of low morale, the head of human resources asked Isaac, a learning and development VP, to help revive people’s spirits, improve communications, and stir up some fun. Isaac quickly pulled together a small team of volunteers and created a live radio show that engaged even the most cynical members of the organization. It included a soap opera that kept staff at all levels laughing and waiting for the next episode. The show gave executives a unique platform to share information such as quarterly financial results and changes in the organization’s structure. It did so much to improve morale that as a result, Isaac landed the job he wanted—head of management and leadership development for the company.