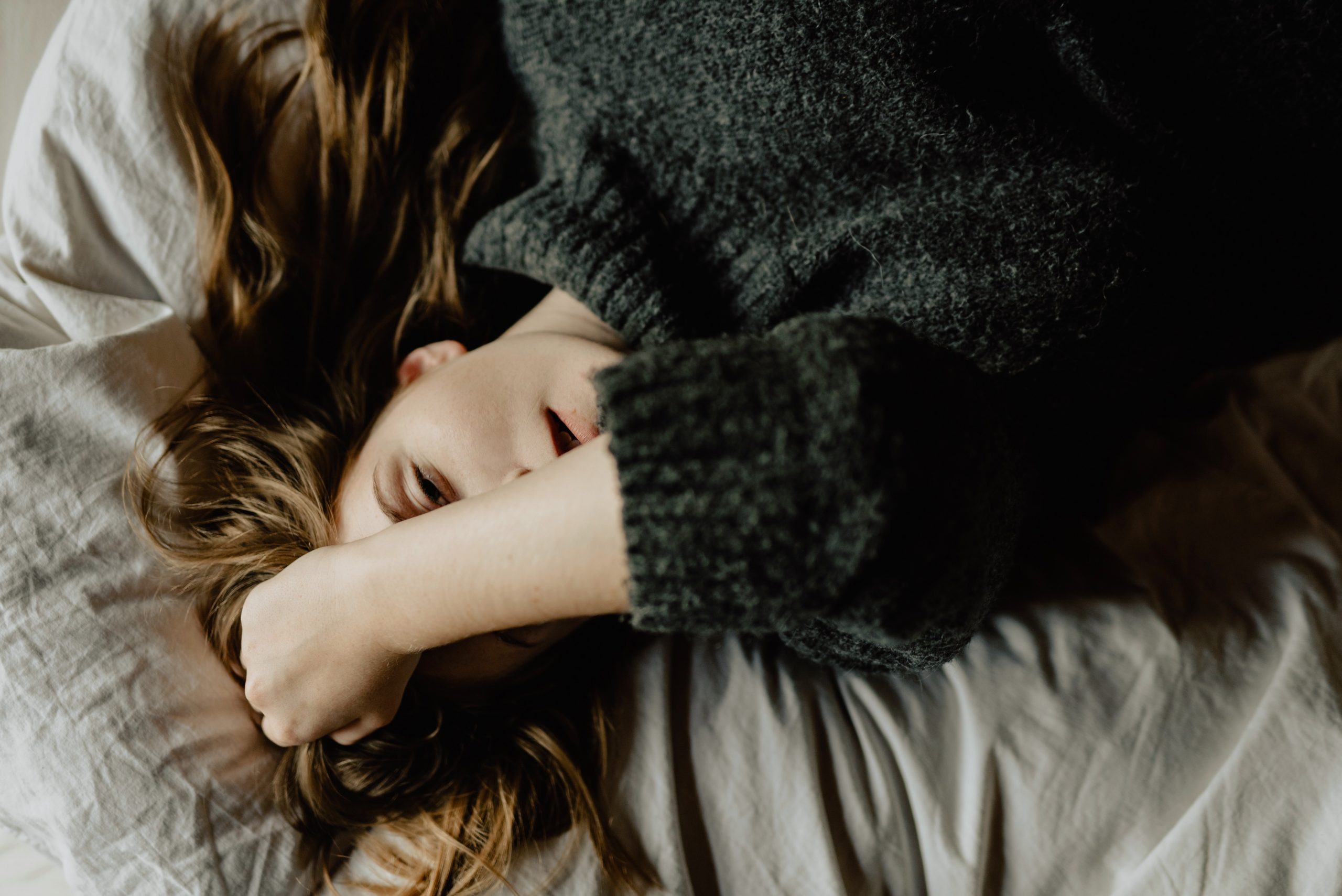 It seems ironic that when we are tired, our minds are often the most active. Lying in bed waiting for sleep to come, it can feel as though there’s an entity inside us, chattering away at record speed, ruminating and overthinking, and working against us — the voice of doubt and judgment that looms like an obnoxious roommate living in our heads. Those nagging, negative thoughts can be overpowering. You forgot to pay the gas bill, you’ll sleep through tomorrow’s meeting and be fired… and so it goes on as our mind races.

That voice is more vocal at night, according to Fiona Barwick, Ph.D., director of the Sleep & Circadian Health Clinic at Stanford University School of Medicine’s Sleep Medicine Center, “because that’s when our emotional brain, with its negativity bias, gets unleashed, and our executive brain, which regulates our emotions and imposes reason, is off-line.” There’s science behind the racing mind, explains Barwick. “It’s normal for adults to wake up several times during the night. But what wakes us up is not what keeps us up. What keeps us lying awake is our stress response — the fight or flight instinct that gets triggered when our ‘obnoxious roommate’ won’t keep quiet,” she says.

Essentially, says Barwick, the emotional brain is running the show. “Kittens become tigers in the middle of the night, and it is so easy for us to spend two hours thinking about everything we did wrong in the past two weeks or maybe the past two years,” she says. In the morning, our executive brain is back online and wonders why we wasted so much time. But there are keys to calm a racing mind. Here are 3 major Do’s, and 3 Don’ts.

Barwick recommends doing a “constructive worry exercise” three hours before bedtime, which involves writing a list of worries or concerns — with a pen and paper, not a computer. Next to each one, write down whether or not it’s in your control, and if there is something you can do about it. In a third column, write down the next step you can take the following day. For concerns that are not in your control, write down a self-acceptance statement, such as, “I’ve done everything I can, for now, I’m going to let it go for tonight,” Barwick advises. Spend about 20 minutes on your list and then set it aside. It works, she says, because our brain is less likely to ruminate if we have closure. Try it for a week, she recommends.

When you get into bed, write down three good things in your life that you are grateful for — big or small — anything from a beautiful sunset to a great conversation with a friend. Do this each night. “Gratitude will help to evoke a positive state, and that’s important,” says Barwick, “because we fall asleep most easily when we feel safe, comfortable, and loved.” Plus, she points out that research shows as little as two minutes of gratitude practice can help improve your mood.

Learn to stay present with meditation, mindfulness and breathing techniques

“Worry takes us into the future, which we cannot predict or control, and rumination takes us into the past, which we cannot change,” says Barwick. Mindfulness and meditation are great as part of your wind-down routine because they focus on the physical body and help us to stay present. Barwick suggests having a tool kit of two or three relaxation strategies “to counter the stress that inevitably accumulates during the day and evening.” Examples include diaphragmatic breathing or “belly breathing.” By re-learning to use our diaphragm when we breathe — something that babies and animals do naturally — we actually engage the parasympathetic system (otherwise known as the “rest and digest” system).  Also helpful, says Barwick, is progressive muscle relaxation, which is the tensing and releasing of different muscle groups, moving from your toes to your head, which engenders a state of deep calm. As the renowned spiritual teacher and author Eckhart Tolle wrote in The Power of Now: “Focus your attention on the Now and tell me what problem you have at this moment.” Try the breathing technique outlined in the Sleep30® Challenge by Sleep Number. Either with your back straight, or lying down, place the tip of your tongue against your upper front teeth and keep it there. You will be exhaling through your mouth around your tongue. Close your mouth. Inhale to the count of four. Hold your breath for a count of seven. Exhale forcefully through your mouth for a count of eight. Repeat.

Don’t go to bed too early

People who have trouble falling asleep at night have what scientists call a naturally delayed sleep phase meaning that they are genetically predisposed to feel sleepy only after midnight, according to Barwick. “Natural night owls should not go to bed too early or they will simply lie in bed awake,” says Barwick. “If possible everyone should sleep within their biologically optimal window — that means when you naturally feel sleepy.”

Limit screen time in the evening. This is a big one!  One hour before bedtime, avoid screens or switch your phone to night mode in the evening or wear blue light blocking glasses. The bright screens on your phone and TV trick you into thinking it’s still daytime.  “Screens (TV, social media and texting, etc) represent a threat to sleep,” Barwick says. “They are stimulating and can lead to bedtime procrastination, which in turn leads to stress. We think, ‘I’ve got to send one last email, one last text…’  It’s a frequent topic of discussion because there’s so much research backing up Barwick’s recommendation. She points out that 90 percent of Americans are using screens within one hour of bedtime, while 80 percent of teenagers are waking up in the middle of the night to check their screens. Read a real book until you feel sleepy instead.

Don’t do anything stressful right before bed

Avoid doing productive or stressful activities in that crucial hour before bedtime. “No work, no bill paying, no difficult discussions,” says Barwick. “One of my patients couldn’t fall asleep easily and had a racing mind because he and his wife were always talking about relationship issues at night, and he got activated by it! He actually had me write him a ‘prescription’ he could show his wife, saying he was not allowed to have stressful family conversations before bedtime!”