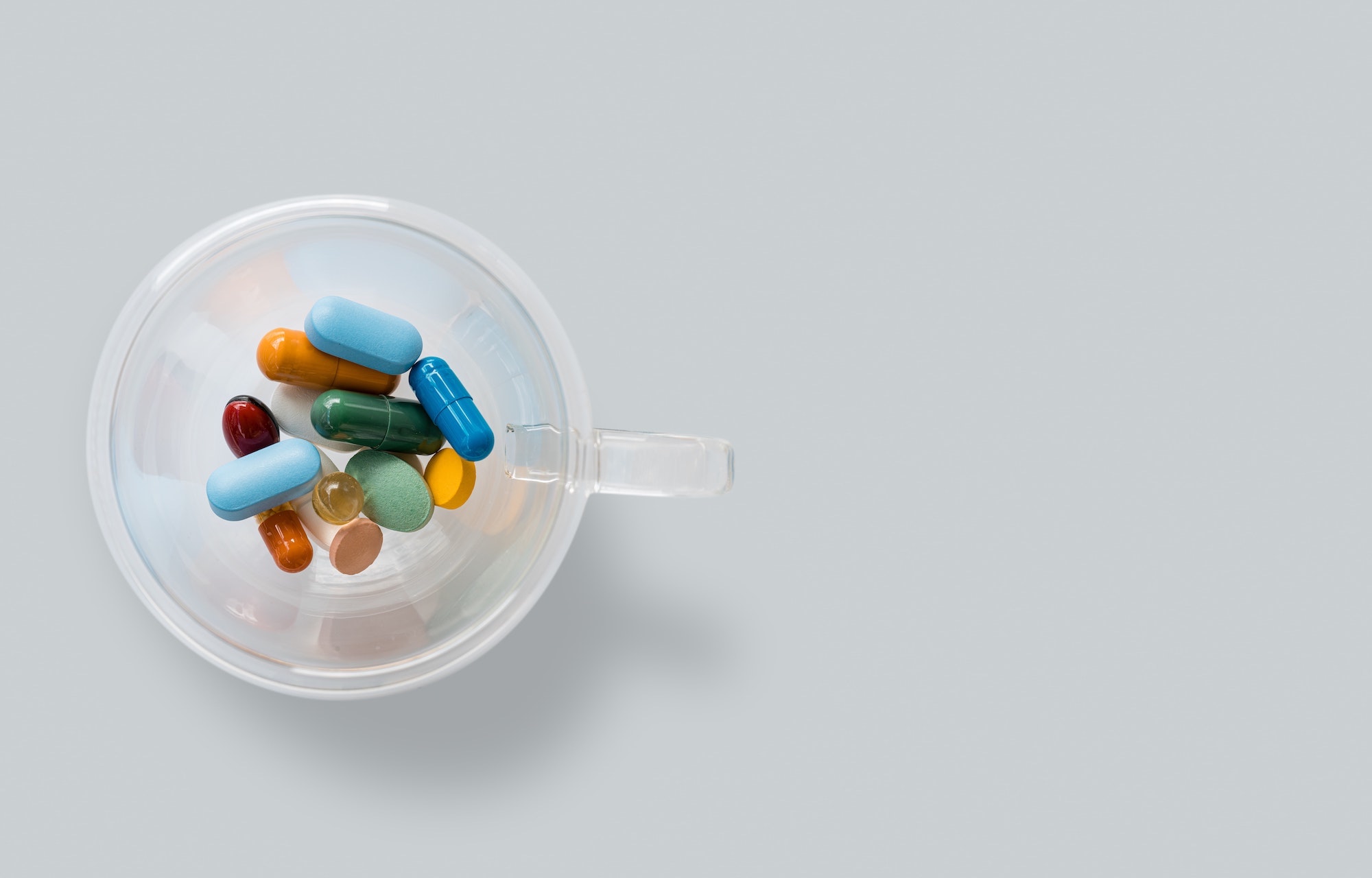 11 Aug High Achievers And Addiction: It’s Not Just The Stress

Posted at 16:03h in Mind by Daniel Hochman, MD
Share

Doctors, lawyers, managers, and business executives are so smart they don’t get addicted right? Most of us know that this is absolutely not right. High achievers thrive in most areas of life, so an addiction is often the first big challenge where hard work and smarts don’t cut it. I think it’s an interesting point because it highlights several things about how addiction does and doesn’t work. I’m writing this because of the number of professionals who come to my private practice confused about why they can’t control something so self-destructive, and at a loss for how to make sense of it. This is not just for people with the stereotypically successful roles, but anyone who finds themselves much more driven to professional success than their peers. You have probably heard “experts” comment on the high-stress environment as the association. I’ll explain why that’s not a valid theory. Here are some of those thoughts that will help you understand things better…

Addiction Is Not About Intelligence Or Better Choices

If addiction was just about making smart decisions, you’d expect professions with high achieving individuals to have much lower rates of addiction. But that’s not the case at all. Sure, there are all kinds of ways to measure intelligence and decision making, but come on – there should be some advantage for people with extra schooling and a proven track record of making the decisions that made them successful in a career, right?

Addiction rates are higher in high achievers… wait, what??!!

Not only are high achievers not protected from addiction, but they are more likely to have it. About 1 in 4 female surgeons and 1 in 4 male lawyers have alcohol use disorder, and executives have 40% higher rates of drug use than other occupations. Keep in mind these numbers are of professionals taking surveys that volunteer their information. Numbers are estimated to be much higher if you include those who decline to participate for fear of repercussion or consider that people typically under-report their drug and alcohol use.

Why job stress is not a complete explanation

High stress is often cited as the link between high achievers and addiction. No doubt stress can drive someone to turn to a substance to decompress. But let me first remind you that getting hammered every once in a while is not the same as addiction, where someone is consistently reliant on a substance as their means of emotional regulation. You’re probably aware that low education level is associated with poverty and high stress. So then why would alcohol use increase with level of education? Or ask yourself why such a smart person wouldn’t make the logical choice to reduce hours or find a better work environment. If it were just the stress, we’d see every high achiever reducing their hours and obligations to adapt to the toll their job takes on them. Instead, what we see is a compulsive charging through both work and addiction.

Now let’s look at this through a psychological lens. Think about it: who would ever want to be in such a highly responsible and powerful role? Yes, the money is good, but don’t we all just want to be happy in the end? As a psychiatrist, I can assure you there are always reasons we wind up in the fields that we do. Said another way: it’s not that the job is hurting you, it’s that you were drawn to a job that hurts you. In general, successful people are drawn to their careers because their “human operating system” is built for it. That in itself is an advantage. But anytime you’re built for one thing, you’re not built for another… not built for giving yourself permission to find joy in things not hyper-productive. (Don’t worry, I’m a doctor so I’m just as guilty as the rest and get the irony)

Instead of thinking about job stress, think about early childhood stress. We know that certain early adverse experiences cause insanely higher rates of addiction (like 700+% higher than average). Think things like: neglect, poverty, parental divorce, a chaotic home, abuse, etc. If you’re a small child who knows scarcity or insecurity too well, just imagine how strongly some of those kids are going to work to protect themselves from it happening again. You’re gonna study hard, work late, connect with high up people, and do whatever the hell you can to keep the bad life at bay. What better to do than gain the security and stability of a solid career, where even sub-par success is safe enough. You see: the bad shit from early on that drives future high achievement is the same shit that drives addiction. Your operating system is made to go, go, go – a recipe for needing a literal or figurative cocktail to slow you down for just a brief moment.

Reason #2: An Upbringing Focused On Results

Don’t be fooled. I see patients who come to me after a recovery program confused because they feel like they didn’t fit the mold. They say they didn’t ever experience anything traumatic, and they’ve never understood why they’re addicted. They generally fall into another less obvious category: people who were raised with a heavy focus on results, not the journey. In this case, think: school grades, stacking the resume, graduate degree, high profile job, income, etc. Often parents try so hard to help their kid “succeed” they miss the other types of life lessons. Every time we shift the focus towards achievement, we lose focus on inner selves. And if you don’t develop your inner self, you’re left impatiently – perhaps frantically – staying busy with goal-oriented tasks because anything else is foreign. So then you get stuck wanting so badly to be able to just relax, but unable to because that never got developed. In any given weekend, it might be harder to sit and relax with a meaningless novel than it is to run around town to take care of the next house project.

What This Means About Treatment

Whether addiction unfolds from early stress or a focus on results, you can expect that finding yourself addicted will feel horribly stupid and that you’ll be angry with yourself for being that immature and childish. I mean, bad choices are things stupid people do right? You can also expect that your response to addiction will be a logical, intelligent action. The kind of response that made you so successful. But what do you do when there’s no such thing? What if there’s no place or person you can go to that gives you that recipe to stop addiction? What’s more, a high achiever is used to succeeding independently. The idea of getting help for something you feel stupid about is not in the cards. And here’s a point of caution: if you do go to treatment and the only answer you get is to slow down, then you need to run the other way. That person doesn’t understand what’s going on inside of you and how you got there. You may need to slow down, but your operating system will reject that kind of simplistic advice until you’re given a fuller path forward.

It’s incredibly humbling to have a winning process for so long that finally runs into a brick wall. The first thing you might recognize is that emotional work is your kryptonite (no, not just saying you’re depressed and hoping an expert does something about it, but actually connecting with particular feelings and sore spots). Your proven way of being won’t work because your way of being is what brought it on to begin with! Your tendency might be to try gimmicky stuff that’s very logical and technical sounding. That’s your typical way, but it’s going to miss the point. On the other hand, the opportunity cost of leaving your job for rehab probably feels too great (and you’ve probably done your research and noticed the 90+% failure rates), you don’t want people to ask questions or find out what’s going on, and you might not feel like you fit in with most of the people there.

It’s common to fear that if you heal the wounds beneath, you might lose the secret juice that has driven you to success. I’ll say that’s a very natural and expected fear, but one that doesn’t typically play out in a bad way. I don’t think of it like giving up professional success for emotional calm or sobriety. I think of it as “widening your bowl.” You can still thrive in your career, but have a wider capacity to let that juice or fire draw down at the right times. Like at dinner, or when you’d like to be intimate, or with kids, etc. It’s about adapting and broadening your way of being (not leaving behind everything you’ve built for a life of yoga, kale, and horse whispering). There is a path where you can maintain great success, but not driven by avoidance. You can kick ass at work because you love new ideas or mentoring employees, not because you don’t know how else to live. Yes, you might find yourself working fewer evenings, but it would only be because you wanted to.

Fortunately, there are ways forward that can fit the bill. One is to simply find a good therapist. Any therapist that knows what they’re doing will address the underlying issues, look at how it developed, and give you an emotional roadmap of how to progress. They should be strong enough to call you out when you’re trying to keep things too logical, and smart enough that they can hang with you. They shouldn’t feed into any ideas you have that feelings are to be warded off, and simply offer mental tools (read gimmicks) that satisfy your need for logic. Like: “think of all the good things you have in your life,” or “take a moment to think about which choice will benefit you most.” Emotions are to be understood, processed, and worked through. Any shortcuts will not be shortcuts. Something I take pride in is creating a model to treat addiction that puts a very emotional process into an online, on-demand system that breaks complex psychology down into its understandable and actionable parts. Self Recovery is the first program to put what would normally happen on a therapist’s couch into tangible form. It’s a format that high achievers are finding incredibly helpful and fitting, and it works. It also just so happens to let a high achiever maintain control.

SelfRecovery.org is a psychology-based, online addiction recovery program that takes you on a deep and systematic journey to understand yourself so fully that you can transform from the inside out. Through his private practice and as a consultant for several addiction treatment facilities, Daniel Hochman, MD has helped thousands of people suffering with addiction learn how to live a more meaningful and fulfilling life.