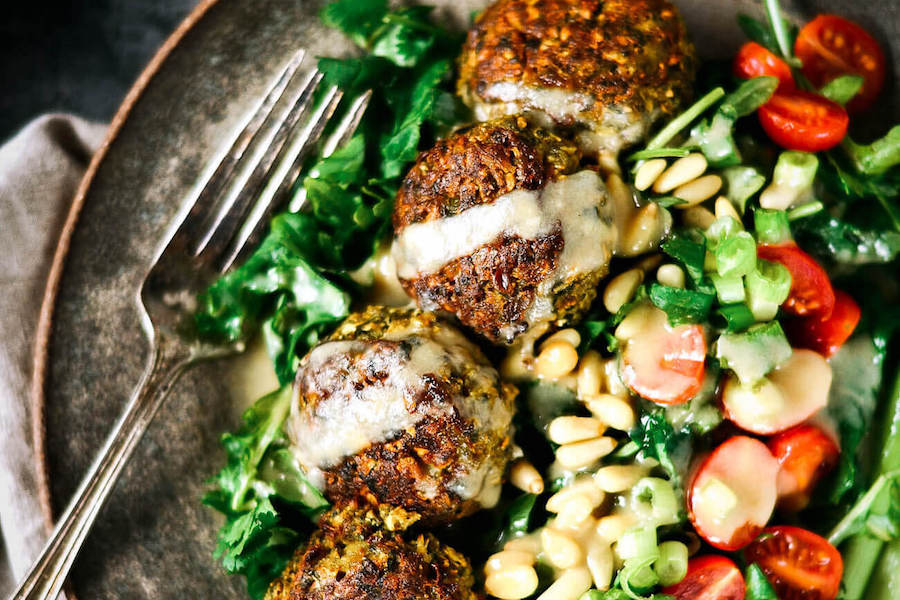 Every week a major diet fab makes news headlines or is endorsed by an increasingly fragile celebrity for all the wrong reasons. Disorders such as anorexia and purging, coupled with a line or a needle, are the rage these days on Hollywood Boulevard. All one needs to do is look at the likings of Miley Cyrus. Apparently, many Americans are more tuned to listen to the health advice of Jessica Simpson than say, an actual nutritionist.

As the New Year unravels, a host of sprouting diets is occupying American plates. Indeed, nearly half of the American population is reported to be on some kind of New Year’s diet resolution. Perhaps the most prevalent diet on American plates last year was the Paleolithic (or Paleo) diet. In fact, the word “paleo” had more hits than any other diet term on Google’s search engine for 2013. Ironically, the News and World Report ranked the paleo diet at the bottom of “Best Overall Diets.”

For those unfamiliar with the paleo diet, the reasoning is as follows: The term “paleo” is short for the Paleolithic era, a period in which human ancestors inhabited 2.6 million years ago and prior to the agricultural revolution. Since the rise of industrialized agriculture, a host of food-related maladies — from diabetes to heart disease — have plagued humanity. Contrary to contemporary culture, diabetes is a disease that scarcely, if ever, found itself present among hominids. Therefore, paleo dieters revert back to eating simpler foods that our ancestors supposedly ate, such as saturated meat. In addition, paleo dieters refrain from consuming grains. To be terse, the Paleolithic diet’s basic maxim is, “If it’s new food, it’s bad; and if it’s old food, it’s good.”

Perhaps the underlying problem with the paleo diet, as with most celebrity diets, is the term health itself. We all have an intuitive sense of what it means to be healthy. Yet health quickly becomes an increasingly complex term upon further reflection, for which there is no general consensus even amongst doctors and physicians. The term health expands across a spectrum that includes physiological, mental, environmental, sociological and even economical wellbeing. Additionally, the output parameter for many diets is often left undefined: Is the diet intended to increase energy levels, inflate muscle mass, extend human longevity, or maintain a healthy weight?

Yet there are a variety of reasons why the paleo diet fails, other than semantic ambiguity. A diet is deemed effective if it (1) is easy to follow, (2) thwarts heart disease and diabetes, (3) is rich in nutrients and (4) influences weight-loss. The paleo diet was listed at the bottom of “Best Diets of 2014” on the grounds that the restrictiveness of the diet made it difficult for many people to follow and that the selection of food lacked essential nutrients. For example, paleo dieters abstain from drinking milk, since humans were reared to consume milk only at a young age. Furthermore, there is no scientific consensus that consuming large amounts of saturated fat is an effective measure for combating heart disease. In fact, most scientific evidence suggests otherwise.

Another problem with the paleo diet is that it rests upon a corrupted understanding of evolution that is all too common among Americans. The fly in the ointment that lies in the paleo diet’s muddled thinking is that evolution is concerned about maximizing health, rather than gene reproduction. In reality, if there is a particular trait that is efficacious for gene reproduction at an early age, but is a ticking time bomb for a malady set to detonate at a later age, then that trait will still be naturally selected. This is, in part, why a plethora of potent maladies plague elder generations. Thus, whatever our ancestors may have ingested, it was not necessarily consumed because it was healthy.

To add fuel to the fire, there was no transparent diet that hunter-gatherers shared. The paleo diet is arbitrary in both time and place. Our ancestors’ diet was not static but gradually shifted depending on the terrain they found themselves in, which varied from the Arctic all the way to the tropical rainforest. The Paleolithic era spans roughly 2.3 million years; it is fantastically broad as well as contingent upon time, place and chance. Whatever our ancestors may have consumed twenty-five thousand years ago, is almost certainly not what they consumed one million years ago, and so on and so forth.

The paleo diet also purports the common myth that hunter-gatherers consumed large quantities of meat. Yet one would be hard-pressed to find a doctor that actually advised a meat-based diet (on the off-chance that one does, find another doctor). Contrary to popular myth, hunter-gatherers — whatever that term might mean — were much more likely to consume fruits and vegetables. Meat tended to be a side dish. This is because meat, rather than being slaughtered, packaged, distributed and purchased at the expense of a drive-through window, had to be regularly salvaged. Clues to what our ancient ancestors actually ate are found in the diet of our closest living relatives—chimpanzees, orangutans and apes. If paleo dieters really want to eat what our ancestors likely ate, they would be best/ill-advised to mimic the diet of our fellow primates, which generally consists of fruits, vegetables, nuts, bugs and the occasional lizard.

Paleo dieters are vitriolic towards industrialized agriculture on the grounds that the rise of grains brought about the age of cavities. While it is true that agriculture was originally ominous to human health, recent evidence suggests that tooth decay actually predates the agricultural revolution. In a fascinating report by NPR, a team of researchers found the relics of approximately fifty hunter-gatherers located in a Morocco cave. The researchers report that 94 percent of the hunter-gatherers had severe tooth decay. The cave was littered with snail shells, acorns, and other callous foods. The scientists concluded that the regular consumption of hard-shelled foods coupled with a lack of dental floss led to severe tooth decay within the hunter-gatherer population. Many crowns had been chiseled down to the root of the tooth, meaning the hunter-gatherers were likely in severe pain.

The paleo diet can be appreciated in its attempt to ground an understanding of human health within an evolutionary framework. However, once the surface is scratched and the layers are pealed, the paleo diet has a poker face that can easily be called ‘bluff’ by an intensely in-depth stare. In short: Don’t swallow the paleo diet myth.