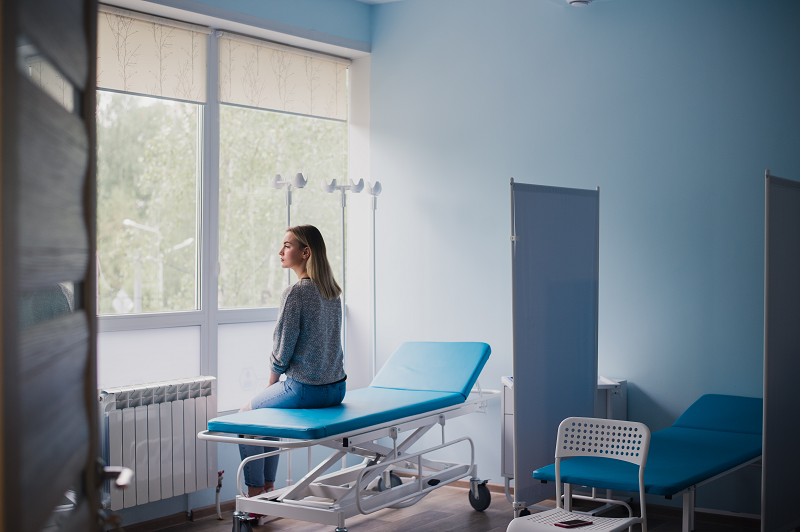 08 Jun Addressing the Gender Gap in Stroke Treatment: Women are Still More Likely to be Left with Life-Long Disabilities

According to a new study, the treatment gap between men and women who have strokes has significantly narrowed from 30% to 13% in 10 years. The study, published in Neurology, the medical journal of the American Academy of Neurology, examined 24 existing studies published between 2008 to 2018, with one million stroke patients total. It is a follow-up to studies published in the early 2000s, in which the same authors found that women were 30% less likely to receive IV thrombolysis, a clot-busting treatment for a stroke, than men. The narrowing of the gender gap — reduced by more than half — is thanks to an enormous push in public awareness campaigns across medical specialisms to educate both doctors and the general public about the stroke symptoms that women exhibit, which are not the “typical” signs of face drooping and numbness that are common among men. Still, researchers say there should be no care gap at all.

“In this latest review, we showed that the treatment gap had narrowed to 13% but was still present. We would like to get the gap to 0%,” study author Mathew Reeves, Ph.D., of Michigan State University in East Lansing. The gap has narrowed at least partially due to increased awareness, after Reeve’s first study on the issue emerged with some damning evidence. “There is now a lot more awareness of this treatment gap problem both among the medical profession and among the public,” said Reeves, pointing to the Get-with-the-guidelines Stroke program, which worked to increase access to thrombolysis for everyone, as well as the public messaging campaigns of the American Heart Association. The use of thrombolysis also began to be tracked across many hospitals, so disparities in care could be monitored and tracked.

“I think it’s great when the research studies or the data that we get would reflect the patients that we’re actually seeing,” said Dr. Koto Ishida, medical director of the Stroke Program at NYU Langone Health, who was not involved in the study. “A lot of the conclusions we drew were really from populations of men, and we just extrapolated them to women, and more and more we’re realizing that differences do exist in men versus women in various diseases.” Strokes happen when the brain can’t get the oxygen it needs, and can also be prompted by sudden bleeding in the brain. Stroke is the 5th leading cause of death in America, according to the CDC. 130,000 people die every year because of stroke-related complications. But women are more likely than men to die or have lifelong disabilities after a stroke even with treatment, because often that treatment is given too little and isn’t enough anymore. So any gap in treatment, even one as small as 1%, could mean many preventable fatalities. “We know the older you are when you have your stroke, the worse your outcomes are,” said Ishida. “Because women tend to live longer, their lifetime risk of stroke is higher.” She added that women tend to outlive their partners, and with old age comes other health conditions that may contribute to worse outcomes for women. Not to mention that women live alone more than men and may not have anyone to notice their own symptoms. One 2010 study found that women wait longer to be seen in the ER, and that once they’re seen, they receive less intensive care than men do. But women have been shown to benefit from stroke treatment just as much as men. One of the few evidence-based medical treatments available for strokes is IV thrombolysis, which needs to be given within 4.5 hours of onset of stroke symptoms. The earlier it is given within this time window the more effective it is. “Studies like this being published are a huge part of why we’re seeing this discrepancy decrease,” said Ishida. “As clinicians, without studies like this, it can be hard to really notice these patterns.”

Stroke symptoms in women are different from men’s

Typical stroke symptoms for men and women include the inability to speak or understand speech, inability to move or feel a part of the body, and confusion. But women also have symptoms like hiccups, seizures, weakness, nausea, incontinence, and loss of alertness. According to the National Stroke Association, if you suspect someone around you is having a stroke, ask them to smile and see if one side of their face droops, or ask them to lift both arms and see if one arm drifts downwards. You can also ask them to repeat a simple phrase to check if their speech is slurred or coming out strange, and call 911 if you observe any of these symptoms. “Stroke can affect any of us,” said Reeves. “We all have moms, sisters, aunts, or daughters. Disparities in care, whether they are based on gender, age, race, socioeconomic status, need to be identified, studied, and hopefully eliminated.”