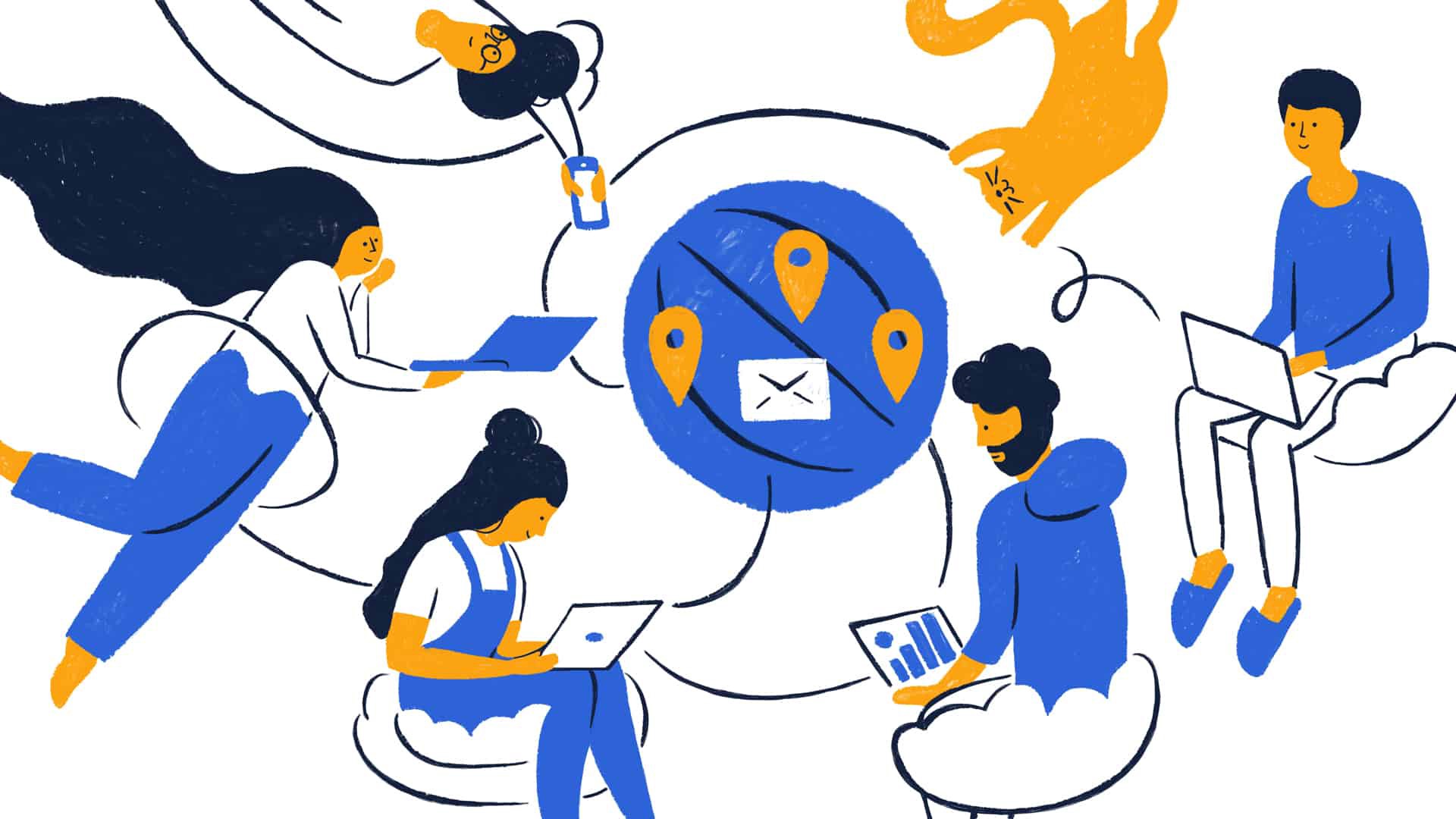 Jessica Nguyen was hoping to find one activity that could involve all 450 client services associates during her company’s annual community service day. But she soon realized it wasn’t a realistic goal with a workforce that’s spread over five states.“Each location has an interest in different activities, so I decided to allow each office to choose what they wanted to do,” says Nguyen, principal, HR business partner at Paycor, a software company based in Cincinnati. This is just one example of the unique challenges HR professionals face when employees work at multiple sites. Each HR function, ranging from onboarding to benefits planning, grows more complicated with more locations. To manage those complications, HR professionals must strive to create a strong, unifying mission and culture to connect people across the organization, while allowing the workforce at each site to evince its personality, Nguyen and others say. “We’re all part of the same company and working toward the same initiatives, but we’re not all the same people,” Nguyen says. “When our employees leave the office, they all participate in different activities and lifestyles,” many of which depend on their location. Here are five tips on how HR can work most effectively with employees at multiple sites.

When employees aren’t located at headquarters, they tend to wonder if they’re being treated equally, says Catie Brand, senior director of international HR and talent acquisition at General Assembly, which provides technical career training and has 700 employees in the U.S. and another 150 in Singapore, Melbourne, Sydney, London, Paris,  Toronto and Saudi Arabia. To make it visible that every employee is treated the same regardless of his or her location, all General Assembly offices are standardized: They look identical, serve the same brand of coffee and even have the same Wi-Fi password, Brand says. The budgets for holiday parties and training and development are determined by headcount rather than location, she says. “It’s a completely fair approach and easy to explain,” she says. “The consistency shows we’re treating all our employees the same whether they start working in Australia or the New York City headquarters.” At Paycor, new employees complete the same onboarding process regardless of where they work. New hires receive eight weeks of training and onboarding while performing their jobs. They spend three weeks—the first, fourth and eighth—at the Cincinnati headquarters, says Ellie Elder, director, HR business partner. During those weeks when they aren’t at headquarters, new employees participate in a daily live videoconference training session, facilitated by a team member at headquarters. After eight weeks, every manager knows exactly what information has been covered with each new associate, Elder says. Consistent messaging is essential when training current employees, as well. When pet supply store Petco launched an initiative to build a selling culture last spring, executives ensured that the content was clear and concise, says Liz Consuegra, SHRM-SCP, Petco’s vice president of field human resources. A few hundred senior sales leaders attended training at Petco’s San Diego headquarters. Those leaders then trained the managers at Petco’s 1,500 stores, who trained roughly 24,000 store employees so that everyone had the same information. “It’s critical for a culture change to start from the top,” Consuegra says. “Our executive team rallied the senior sales leaders and made sure they were inspired and ready to take the message and content on the road.” To further ensure consistency, a team monitors how each store is performing on sales and guest engagement, she says, and employees are coached to help them meet expectations.

Maintaining consistency doesn’t mean the executives back in the corporate office should take a rigid approach. Organizations can create unity while allowing flexibility at individual worksites by focusing on outcomes instead of processes and procedures, recommends Anita Williams Woolley, associate professor of organizational behavior and theory at Carnegie Mellon University’s Tepper School of Business in Pittsburgh. The organization’s leaders should avoid dictating to each site exactly how to achieve its goals. Instead, empower local leaders and employees by allowing them to make decisions. “The best organizations have a clear sense of what important elements of their culture need to be shared and then allow local cultures to develop,” Woolley says. PGT Innovations, which builds custom windows and doors, strives to instill one corporate culture across its workforce of 2,900 employees in five manufacturing plants in Florida and Arizona. But the company allows each plant to develop its own personality—primarily driven by the ethnic culture of the local workforce but also by employee age and other demographics, says Debbie LaPinska, PGT’s senior vice president of human resources. The workforce at its Miami plant is largely Cuban, for example, while workers at the Orlando site are predominantly Puerto Rican. In Phoenix, the workforce is largely Mexican and mostly made up of Millennials. In contrast, the plant in North Venice, Fla., employs more older workers with a variety of ethnic backgrounds. As a result, each worksite has a different culture. “Yes, the subcultures are different, but the people are fundamentally the same, as they all share similar core values—integrity, family, community, customer focus, and quality—regardless of where they work,” LaPinska says. That’s intentional. Because PGT has grown through acquisitions, its corporate leaders have worked hard to build a unified corporate culture. To help explain that culture, PGT leaders each year meet with small groups of employees at each location to discuss where the company wants to go and why. They teach employees about the business and its goals using a learning map resembling the popular board game The Game of Life.

By understanding the subcultures of different worksites, HR professionals can avoid a one-size-fits-all mentality and provide workers with programs they want and need. Especially when companies grow through acquisitions, leaders of the larger company tend to assume they know what’s best for all workers. But that’s not always the case. “Until you understand the employee population, you don’t know for sure,” LaPinska warns. “What you think is a rich benefits plan might not meet the needs of the people at the new site.” PGT recently acquired a smaller company in Orlando, Fla., where the workforce is younger and has more children than the population at its North Venice, Fla., headquarters. Company leaders thought the Orlando workforce would be happy with an employer-funded health reimbursement arrangement for qualified medical expenses. But they soon discovered that employees in Orlando preferred to have a co-pay plan. So the company changed its health care options to give employees a choice, LaPinska says.

Workers in manufacturing plants, retail stores or restaurants aren’t sitting at computers all day, which makes it more difficult for HR professionals to communicate with them electronically. PGT’s workforce includes truck drivers, sales reps and field service reps, who are always on the road. Although PGT sends out weekly and monthly e-mail communications, LaPinska says the company is considering using the landing page of its human resource information center as the main communication method because employees visit the site to look at their paychecks and W-2 forms. LaPinska says PGT is also considering adopting a texting solution for information that needs to be distributed quickly, such as when hurricanes might force the shutdown of its Florida facilities. Paycor similarly has employees without daily access to computers. But the HR team assumes employees can access e-mail through their smartphones, Elder says. Paycor recently started experimenting with companywide text messages. “If it’s something we need them to know right now, e-mail isn’t the answer,” she says. Because most Petco employees don’t have a company e-mail address, the company relies on store leaders to communicate with staff. To help facilitate communication, Petco implemented Workplace by Facebook, an internal social network. The company also schedules regular town halls and check-ins so that store employees know when to expect announcements. All Petco employees know that on the third Monday of the month, their store’s general manager will hear about the company’s monthly initiative on a companywide conference call. The general manager will then post the information in the team break room and update staff verbally during a team huddle, Consuegra says.

Many companies make the mistake of having little to no HR presence at locations beyond the corporate headquarters. Often, it’s too expensive to have someone onsite permanently at the other worksites, especially if the staff at the outlying facilities is small or employees work in shifts. If it isn’t feasible to hire an onsite HR person at every location, one or more HR professionals should visit satellite locations on a regular basis. “You don’t want to show up only when you have a message to deliver or a problem to solve,” LaPinska says. “You want to show up regularly.” If HR shows up only when there’s a problem, she explains, it will fuel distrust. General Assembly doesn’t fly HR in every time a sensitive employee matter arises, Brand says. Instead, each manager is trained to handle common employee issues, such as disciplinary actions, layoffs, and terminations. They’re given a handbook as a reference. When they need extra help, HR professionals coach the managers via videoconferencing. Regardless of how your company decides to handle HR at distant locations, HR professionals should encourage managers to show respect for employees and their service to the organization, Woolley says. “I’ve heard stories about people being told to go to a specific conference room, and then the phone rings and someone tells them they’re fired,” she says. “Don’t do that.”